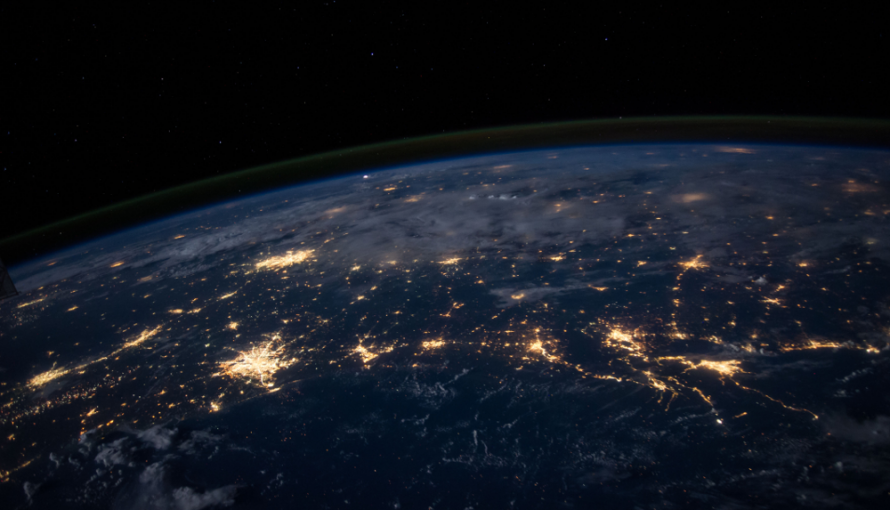 The universe ist huge. There are more stars than there are grains of sand on all the beaches of earth (check youtube). And yet there are more atoms in one grain of sand than there are stars in the universe. Those are huge numbers. They are so huge that it doesn’t matter if I tell you the exact number because either way it will only appear as “huge” in our minds.

One more example. Picture two tragic events. An earthquake with 2.000 casualties and a tsunami with 200.000 casualties. Our emotional response to the tsunami is not a hundredfold that of the earthquake, right? More like… the same. The math part of our brain admits, that the tsunami is 100 times worse than the earthquake but we don’t feel it to the same scale. To me is seems like my emotional response is somewhat like that awesome graph I drew on my paper substitute.

Towards bigger numbers my emotional response simply levels off, even though the logic part of my math brain “understands” the linear scale. That’s a problem. Why? We must make important decisions that effect future generations and if we don’t get the scale of our decisions’ consequences, we might just get us all killed someday (not exaggerating here).

Sometimes we also face seemingly equal opportunities to do good. Reviewing the real numbers however, we then notice that our brain lied at us. And it has been lying at us all the time and will continue to do so. We couldn’t handle all the suffering out there if our emotions scaled linear to the suffering, but that doesn’t make the suffering any less real to those affected by it.

I went through three stages when checking the stack trace of my broken care-o-meter issue:

I’m just some guy and I’m by far not the brightest crayon in the box. But I’ve found some solutions for me; for now…

“Don’t fear failure. — Not failure, but low aim, is the crime. In great attempts it is glorious even to fail.” – Bruce Lee

Thanks for hearing me out.