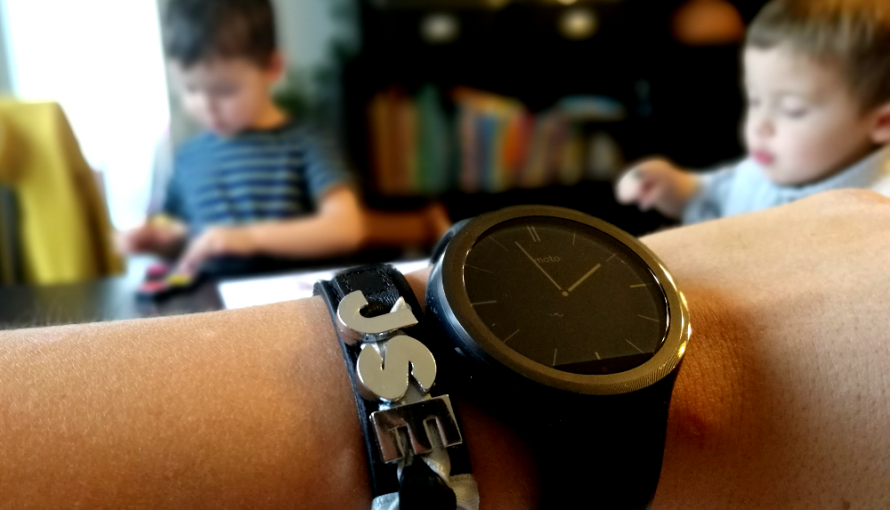 This idea might seem a little odd or even bizarre to some of you. It has helped me though, so please bear with me…

I love the tradition and culture of marriage. I believe that stable families are the basis of a robust society and that the strong bond between partners is fundamental to accomplish this. When I spoke my vow at the altar I made an decision and have ever since tried my best to stick to it.

Six years later we have three children (aged 5, 3 and ½) and (big surprise!): They can be pretty nerve wrecking. My kids revealed traits of me I didn’t know existed… Now, regarding my wife (who also pokes my inner troll every now and then), whenever I am pulled towards the dark side I have this symbol, our wedding band, which reminds me of my promise and what I really believe in (opposed to what I temporarily feel). I love my wife and my kids but sometimes decisions need to be renewed. Our first child for example was more like an end boss on highest difficulty instead of some peaceful tutorial. That made me figuratively smash the television sometimes.

Concerning my kids I never made a vow that I can look back onto, gain strength from and remember that I really just want a happy family. So, there’s my hack / answer: Create the tradition of openly promising to do the best of your ability to love your children. Then use an object like a ring or some other accessory and make it your reminder of your higher offspring specific goals.

The one above is mine. Of course it’s not the abbreviation for Java Standard Edition as my inner nerd first thought 😉 It’s: Jonathan, Samuel, Ellen :).